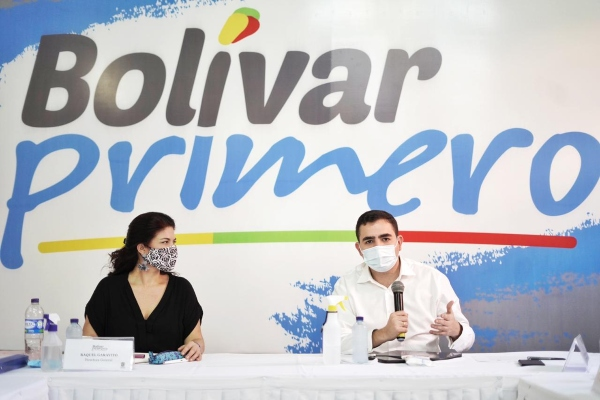 Cartagena, September 10, 2020 (@fonturcol). In order to establish strategies that guarantee the reactivation of the different tourism actors in Cartagena, the president of the National Tourism Fund (Fontur), Raquel Garavito Chapaval, visited the city on Thursday to work with local authorities and businessmen.

“We work with allies such as the Mayor's Office of Cartagena, the Government of Bolívar and the Cartagena de Indias Tourism Corporation (Corpoturismo). We seek to carry out issues such as providing security and confidence to the tourist (final consumer), which will be done with the biosafety seal 'Certified Check In' designed by the National Government, ”explained the President of Fontur.

Thanks to this certification for hotels, restaurants and other actors in the tourism chain, added the President, “we will advance rapidly in the recovery of trust. We hope that Cartagena is ready for the high season at the end of 2020. We are going to do this with the national promotion campaign Colombia without you is not Colombia ”.

During the day, the President of Fontur visited Playa Azul together with the President of Corpoturismo, Irvin Pérez, in order to review the correct implementation of biosafety protocols (these were established in Resolution 1538 of 2020 of the Ministry of Health).

“From the beginning of the year, we began an articulation with the National Government that was ratified in the goals of the Development Plan. What we are working on now is to articulate this entire process, understanding that the reactivation of Cartagena goes through a process where the promotion of the destination plays a fundamental role. For this reason, with Fontur and with the Mayor's Office of Cartagena we are working on a promotional campaign for the reactivation and on projects that enhance investment in infrastructure and tourism competitiveness in this destination ”, stated Irvin Pérez, president of Corpoturismo.